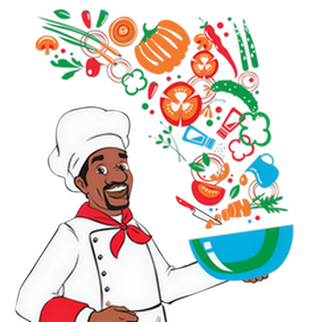 Globally, Iron Deficiency Anaemia (IDA) is a significant problem especially in developing countries and has been recognized as one of the most common form of malnutrition in the world (1). In India alone one out of two women are iron-deficient and nearly ½ of the world‘s anemic women are seen here (4,1). It not only effects women, but is a growing concern for both men as well as children. Research suggests that 25% men and 73% children are a victim of iron deficiency anemia (4). So why iron is important for us and what happens when our body doesn’t have adequate iron stores?

Iron, similar to other minerals like sodium, is important for all living organisms as it is essential for many functions in our body:

As the name suggests Iron deficiency anaemia is due to low levels of iron. When iron stores in our body are depleted, either due to low intake of iron rich foods or blood loss or menstruation, less oxygen is carried to various parts of our body thus making us feel weak, tired and lethargic. As the body becomes more deficient in iron the symptoms can intensify and lead to shortness of breath, reduced concentration, pale skin, chest pain etc.

During pregnancy and childhood low iron stores can prove detrimental as it is required to support growth as well as development (1). Research suggests that about 30%-40% of new born suffer from low birth weight due to malnutrition and anaemia in the carrying mother during pregnancy further increasing their risk of contracting infections due to low immunity (1, 3).

One of the easiest ways to prevent iron-deficiency and iron-deficiency anaemia is to ensure that we are within the recommended allowance each day. The recommended dietary allowance for iron varies at different stages: up till the age of 13 the average is anywhere between 8-10mg/day, for men and women above 18 its 8 mg and 18mg/day respectively and during pregnancy the requirement increases to 27mg/day (2). So how can we achieve this? Simple, along with including iron rich food such as lean red meat, poultry, sea food, green leafy vegetables, and dried fruit we can also start using iron fortified salt. Preparing our meals using iron fortified salt will fulfil at least 50% of our daily iron requirement. This is huge considering that our busy schedule and hectic lifestyle may not always permit us to prepare and eat iron rich food every day.

So the next time you are making an omelette or preparing your favourite vegetable add a pinch of iron fortified salt (unless otherwise restricted) to ensure lowering the risk of developing iron deficiency or iron deficiency anaemia and maintaining the overall well being of you and your family.